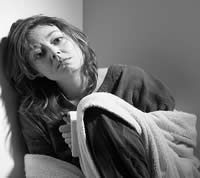 “There is a laser beam of longing piercing through my chest

I have no patience, I am cranky, and senseless crappy words come out of my mouth like vomit

My head is fuzzy and I cannot concentrate

My fingernails have grown into long black talons

Longing to rip into someone

Not just anyone … but HIM

HIM who happens to be my husband whose

Every move, every word, every expression – IRRITATES

I suck on lollies, I’ve tried them all

Food is a nice distraction

I had my last cigarette in October 2009.   I gave up smoking by sucking on Nicobate Lozenges. I was so proud that I no longer needed to ‘smoke’. I felt quite calm and satisfied on the Nicobate lozenges.  I could go into meetings having my nicotine fix and no-one was any the wiser.  The lozenge would stick to the roof of my mouth and slowly fill my veins with the calming drug – Nicotine.  I used to pop a spare or two in my bra …. just in case! 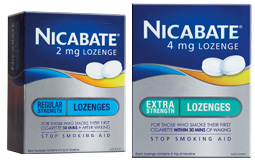 I become ADDICTED to the Nicobate Lozenges. I expressed my concern about this at pharmacies over the years. They always said “Oh well it’s better these than the cigarettes. These do you no harm at all.  At least you only get the nicotine this way and not all the carcinogenic gasses etc”. So I consoled myself with those words and let the addiction continue.  An expensive addiction too!

I started out on the Nicobate Lozenges Extra Strength (4mg) and easily dropped down to Nicobate Lozenges Regular (2mg).   The only option lower than this was Nicobate mini’s (1.5mg).  They were small like tic-tacs, were mint flavoured and tasted so God awful that i could never take them. So, i stayed on the 2mg ‘regular’.  I would have one in my mouth from when I woke in the morning until I went to bed at night.

My addiction would have continued on and on and on but one day suddenly it became harder to find any Nicobate Lozenges and eventually there were none available at all.

I found a press release by GSK (GlaxoSmithKline).  Here is an excerpt:

“GSK  is in the process of voluntarily recalling from warehouses and distributors a number of batches of nicotine lozenges sold globally, after we detected manufacturing issues affecting some batches. In some cases, the lozenges were larger or smaller than GSK’s manufacturing standards.

In Australia, the affected brands include:

And so …. just like that ….. hundreds, thousands, heck maybe even millions of people WORLD WIDE who are ADDICTED to these lozenges cannot get any anymore!! It invokes panic!!  Who cares about these people??

I’ve checked and there is no equivalent product on the market.  Most competing market products are all mint flavoured and come in a different form.  There is nothing that the Nicobate Lozenge users can easily switch to using.

I decided to look upon this situation as a sign it was time to kick my addiction for good. So here I am nearly five (5) years since my last cigarette, going through the most revolting and extremely hard withdrawal from nicotine.

Can I kick it for good?

Can I be free from the need of anything to get me through a day?

Do you believe what they have said in that Press Release?

I’m wondering if perhaps they realised how addictive their product was and felt there was no alternative but to pull it and just let all the poor addicts go cold turkey??!! Are people that cruel or are they being cruel to be kind?

What if they discovered something bad in the Nicobate lozenges?

Anyway … I need another lolly … or a drink of water … I don’t know what I need now. It’s confusing but I’m hoping that by the end of this week, I will be in a better place than I was at the beginning of this week. 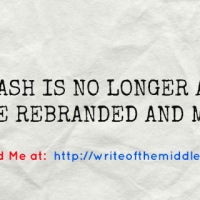